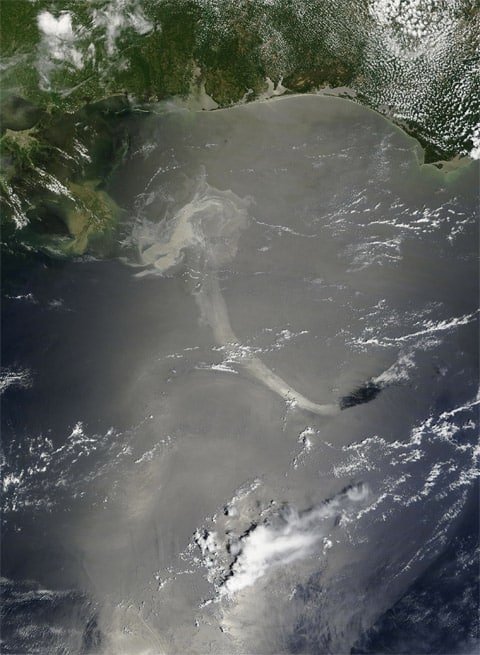 The shot of the oil slick above was taken by a NASA satellite yesterday at 12:40 pm EDT. A zoom of a similar shot shows that the newly-formed tail of the spill extends south of Tampa, Florida. 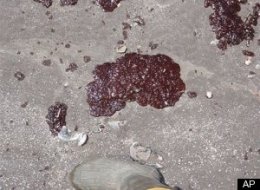 Tar balls have been found near Key West, Florida. They are being tested:

"Scientists are worried that oil is getting caught in a major ocean current that could carry it through the Florida Keys and up the East Coast.The Coast Guard says the Florida Park Service found the tar balls on Monday during a shoreline survey. The balls were 3-to-8 inches in diameter.Coast Guard Lt. Anna K. Dixon said no one at the station in Key West was qualified to determine where the tar balls originated. They have been sent to a lab for analysis."

BP claims it is now catching some of the oil, but who knows if they are telling the truth:

"The company said that it would now be able to capture 1,000 barrels of oil a day after inserting a small tube into the end of the broken pipeline lying on the seabed.Official estimates put the spill at 5,000 barrels of oil a day, but some scientists say the spill could be as much as 100,000 barrels daily. BP says there is no way to measure it accurately.BP began funnelling some of the leaking oil and gas using the tube yesterday. The tube, 4 inches in diameter, has been inserted into the 21-inch diameter pipeline."