As a retired Army Commander, I also know how disruptive it is to remove a trained skilled member from a unit. In Korea, I had a Sergeant First Class in my unit who was gay. it was no secret. He was in charge of the unit’s communication. He was essential to our performance and our survival and he was dam good at his job. If I had to remove him, our unit’s effectiveness, as well as morale, most certainly would have been harmed.

Military leadership is about being able to constantly adapt to change, and I have seen the Army implement significant change and react to new directives since I enlisted. Perhaps the greatest military change is that we are now an all volunteer force. I cannot believe that we could have made that transition successfully if the services were still segregated or if the roles of women in the ranks had not been greatly expanded.

The services have, for the most part, kept pace with changes in American society as to matters of race and gender. Likewise, they must now keep pace with the changed attitude among the American people, especially younger generations, concerning sexual orientation. If they do not, military service will become a less viable option for more and more young people, and the quality of our forces will suffer. I suggest that the warriors of tomorrow will not want to become a part of an institution that does not respect their peers.

The men and women who volunteer to serve, especially in dangerous times, are the most important resource of our armed services. This includes the lesbian and gay troops who have served – and – are serving honorably. Just like their heterosexual service members, they risk their lives to defend our country. Our country owes it to them, and to all our troops to treat all who serve with respect and gratitude.

You, too, Mr. President, can and will make a real difference here. You can make a difference in whether “Don’t Ask, Don’t Tell” is repealed this year, and whether implementation comes shortly thereafter.

As Martin Luther King, Jr. said, “In the end, we will remember not the words of our enemies, but the silence of our friends.” Mr. President, do all you can; stand with us and work with us to end this denigration of our American values. 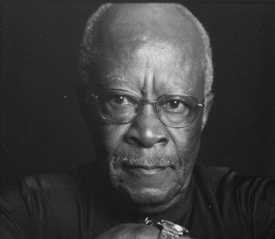 I served my country for over thirty years. I enlisted in the army as a private and retired as a Major General. During that time, I saw a great deal of change in the Armed Forces. Racial segregation was ended in the ranks, women were recognized as equals and we moved to an all volunteer force.

My father was a laborer, my mother a domestic worker. I knew that there was no way I was headed for college. As a young Black Man I enlisted in the army long before President Truman desegregated the armed forces.

I served in segregated units (all Black) before being selected for Officers Candidate School. I then attended an integrated Leadership Academy and then Officers Candidate School which was also integrated. After graduation from OCS I was assigned to a combat arms unit for which I had been trained. I was reassigned to a service unit (Graves Registration) that was all Black.

The message was clear: It did not matter that I was qualified to serve in a combat arms unit that happen to be all white. It only mattered that I was Black.