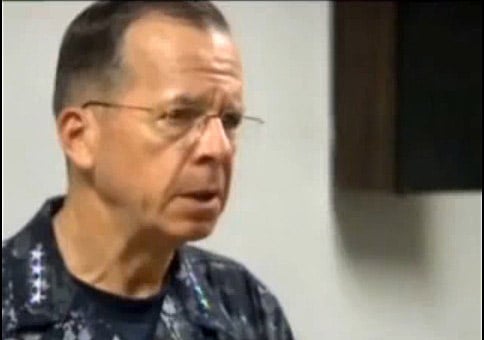 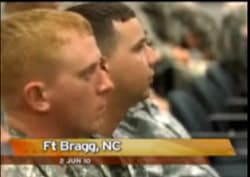 Said Mullen regarding DADT: "The law has not changed." Adding, "…I'm hard-pressed to support a policy and a law that forces people to come and lie every day."

The Raleigh News and Observer reports:

"At the end of the day, he addressed a group of about 200 soldiers and fielded some of their questions. There, too, he focused on evolution, including what he suggested was the inevitability of accepting openly gay members into the military.One soldier stood and asked Mullen whether politicians and policymakers in Washington understood the problems that gays in the military would present. Specifically, he said, unit commanders will have to watch out for sexual assaults, hate crimes, fraternization and morale issues.Those are disciplinary problems that are not tolerated now, Mullen said.'We are a disciplined force. We have standards,' Mullen said, although he noted that his visits with soldiers in the field have proved to him that sexual assault and harassment are far too prevalent.Keeping those standards, he said, 'is our charge, no matter what happens' regarding the policy on gays."