Lee Farkas, the CEO of a major mortgage lender which failed last year, was indicted this week in a multi-billion dollar fraud scheme tied to the Wall Street bailout program and the failure last year of Colonial Bank, ABC News reports: 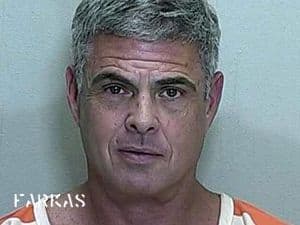 "The total losses for the Federal Deposit Insurance Corp. that stemmed from fall of Colonial, one of the country's 50 largest banks in 2009, could exceed $3 billion, Washington officials said.

A Towleroad reader informs us that Farkas is gay and he and his partner Sean Murla owned a house in Key West for several years and were active in Equality Florida.

ABC News adds, "According to a detention memorandum filed in federal court in Florida, prosecutors uncovered an e-mail from July 2004 in which one unidentified co-conspirator wrote to Farkas about moving funds to hide their tracks and potential losses. 'You need to wire money into this account on the OD [overdraft] report. It does not look good to have a T&I [tax and insurance] account in the OD report.'

Farkas wrote back, 'When I get an adjoining suite with martha stewart [sic], it will be worse. I never should have used that money in the first place.'

Justice Department officials also alleged that Farkas and other uncharged conspirators used PIN messages in their BlackBerry's to circumvent company computer servers to carry out the fraud and avoid an electronic trail."