And Dunphy's work. The work was performed on May 29, 2010, at Grace and Holy Trinity in Kansas City, MO and First Presbyterian Church in Lawrence, KS. This video is taken from initial footage of the recording session on May 30, 2010, at Blessed Sacrament Church in Kansas City, KS. It's quite beautiful: 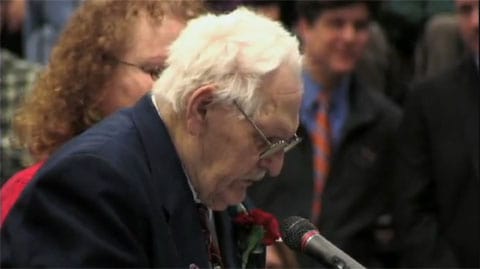 "What do you think I fought for at Omaha Beach?"

His words have now been set to music by Elizabeth Dunphy.

I've posted both Spooner's original speech, and Dunphy's work, AFTER THE JUMP…