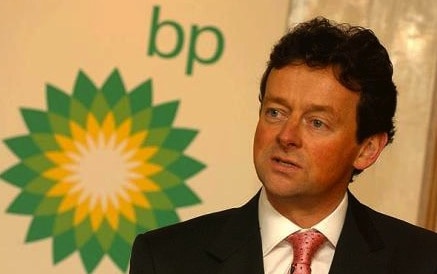 According to the New York Times, this information comes from "a person close to the company’s board." Hayward, who has been BP's chief since 2007, will be replaced by Robert Dudley, who is currently in charge of the company's operations in the Gulf.

The change in leadership will be discussed by the board of directors on Monday and may be announced Tuesday if the board ratifies the decision. Mr. Hayward would probably be replaced in the fall, the person said, but a decision has already been made by mutual agreement between Mr. Hayward and senior BP management.

Hayward will reportedly walk away with tons of cash – $18 million.

I guess this means that he'll now receive just what he wanted: to get his life back.

Watch an AP clip about the news AFTER THE JUMP.