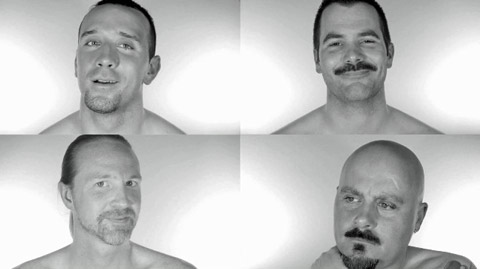 Naked Highway's new video for the track "In and Out" pays homage to New Order's "Round & Round" video and features a number of friends of vocalist Sy Boccari: