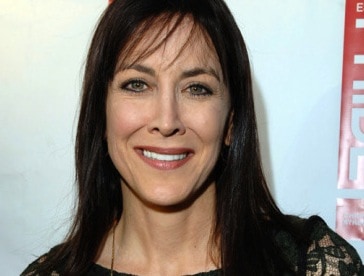 Progressive talk radio host Stephanie Miller came out on her show yesterday. She prefaced the big announcement with two back to back tweets: "There may be a lot of crying next hour" and "Stick around for the next hour. Mama's got something to tell you." Once on the air, she revealed: "I'm a gay woman. I've got the gay on me."

Miller, who has been out to her friends and family for years, credited Chely Wright's recent coming out as inspiration. She joked to the country music star, who joined her on the show after the big reveal, "You get a toaster oven for recruiting me."

Miller's father was William E. Miller, who was Republican Barry Goldwater's running mate in his unsuccessful bid for the US presidency in 1964. Goldwater himself famously said about gays serving in the military: "you don't have to be straight to shoot straight."

Miller says that, despite being a lesbian, she still thinks firemen are "hot." Then again, who doesn't?

Listen to her coming out, via Pam, AFTER THE JUMP.