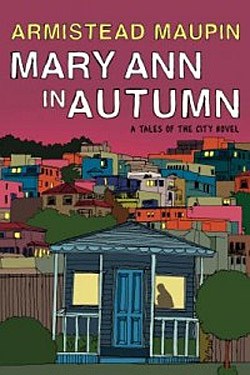 The most-anticipated LGBT books of the fall season. 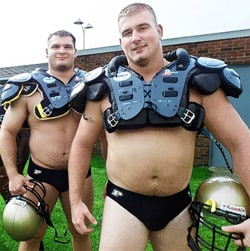 Lil Kim says she is not playing Atlanta's Black Gay Pride: "Lil Kim says a 'psycho lunatic' has been representing himself as her booking agent and conned the promoters out of $15,000. She also said there was no way she could show up to perform now."

Researcher: Weight loss in straight women and gay men driven by competitive instinct. "Li said that, evolutionarily speaking, it would have been good to remain young and nubile-looking as long as possible to attract mates. "These findings support the idea that the ultimate explanation for eating disorders is related to intrasexual competition," the study reads. Interestingly, the effect was cancelled out for straight men and lesbian women, though no reason for the anomaly was offered in the study."

On that note, lasagna sandwich anyone? 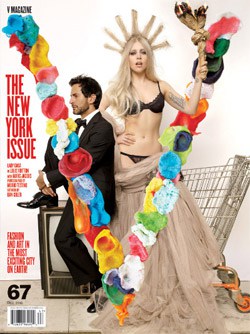 Lady Gaga and Marc Jacobs pair up for V.

Andy Cohen on Bravo's sexuality: "I always saying we’re bi, but I think it’s kind of how I view myself being gay—it’s just one of things that I am. So Bravo may or may not be gay, but I think there’s a lot of other things going on. I think for the gay people on Bravo, it’s one of the things that they are—they’re not on Bravo because they’re gay."

Gay journalists to face union picket line at SF convention this weekend: "The San Francisco chapter of Pride at Work, an LGBT labor group affiliated with the AFL-CIO, joined the city’s hotel workers union, Unite Here! Local 2, in calling on NLGJA to honor the union-initiated boycott of the Hyatt in an effort to win a long-delayed union contract for hotel employees. 'Although NLGJA understands the importance of collective bargaining and recognizes that worker actions are not to be blithely ignored, it is simply impossible at this late date for us to move this year’s convention to another hotel,' NLGJA President David Steinberg said in a statement."

Previous Post: « Some Ferry Service to Fire Island to Be Suspended Due to Hurricane
Next Post: Towleroad Guide to the Tube #725 »