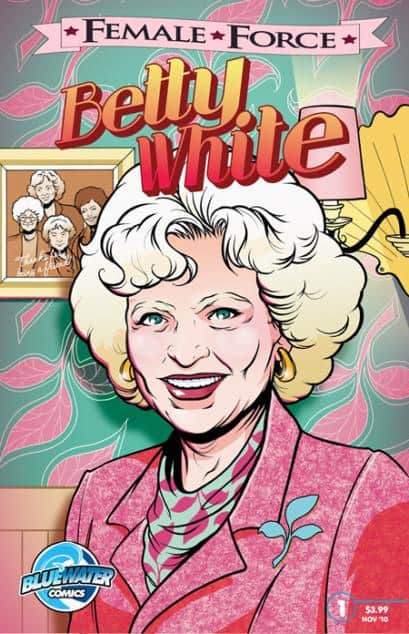 Betty White is getting her own comic book, according to The Hollywood Reporter:

"The 88-year-old actress, who has experienced a career comeback on the heels of a Snickers Super Bowl commercial and much-lauded Saturday Night Live hosting job, will be drawn as a cartoon for "Female Force: Betty White," to be produced by Bluewater Productions. The 32-page book will hit stores in November and will retail for $3.99…Added the book's writer, Patrick McCray, 'Working on the Betty book was an honor and a blast. While covering a new entertainer is always fun, there is something special about profiling an icon. Not only did it allow me to savor nostalgia, it also let me catch up on areas of pop culture that had passed me by.'"