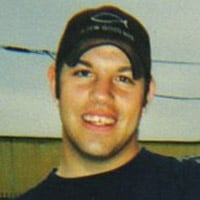 Ex-"ex-gay" former O'Donnell aide Wade Richards speaks to The Daily Beast about her anti-gay ways, including this bit:

"O’Donnell’s demonization of gay people is especially striking given the fact that, according to Richards, she has a sister who is openly lesbian. Indeed, it was meeting her sister, he says, that helped him begin to accept his own sexuality. 'What helped me really come to grips was that her sister is an open lesbian and was living in L.A. and was in a long-term relationship and was working with a youth organization,' he says. 'By hanging out with her, I saw, wow, she has a pretty normal life.' Being gay, he started to realize, needn’t condemn him to a life of seedy anonymous hookups, drug abuse, and nihilism."

My Ex-Gay Life With the Tea Party Queen [daily beast]