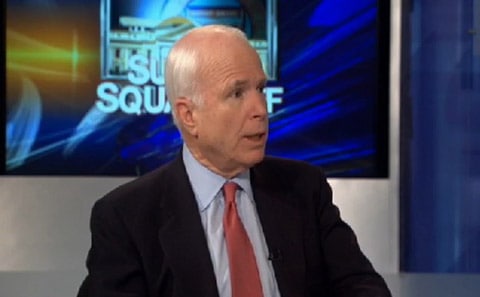 Says McCain: "The President of the United States has no military experience, no impact with the military, went over to San Diego and called the corpsman "corpse" man. I guess he thought it was 'The Day of the Living Dead'. And has made this decision because of a political promise to the gay and lesbian community."

Adding, of DADT: "Absolutely I will filibuster or stop it from being brought up until we have a thorough and complete study on the effect of morale and battle effectiveness."