And CNN's report on the press conference with NY leaders: 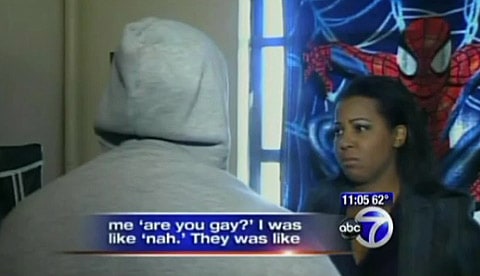 The 17-year-old victim of the savage anti-gay beating by gang members in NYC's Bronx spoke about his ordeal with ABC7 News last night.

The ninth and tenth suspects in the horrific series of attacks were arraigned on Tuesday night: