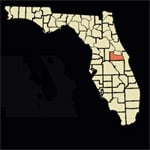 "The vote was notable for its lack of opposition. No residents spoke against it, in stark contrast to the city of Orlando's passage of similar protections in 2002, which attracted fierce debate, religious group antagonism and a close vote. 'It's a completely different world than it was 10 years ago,' said Patrick Howell, a lawyer and activist who lobbied for the new protections in both Orlando and the county. Commissioner Fred Brummer was the only 'no' vote. He said his objections centered on federal housing rules included in the ordinance, which he said could expose property owners to frivolous lawsuits.But Howell and others predicted the ordinance would not unleash a flood of courtroom discrimination claims, and much of its impact would be symbolic. 'A lot of this is about sending the message that Orange County is an inclusive community,' Howell said. 'Everyone's welcome.' The ordinance expands existing bias-protected classes already found in state and federal law, such as religion, race, disability and gender, to include sexual orientation."