We the People of the First State from Friends of Christine O'Donnell on Vimeo. 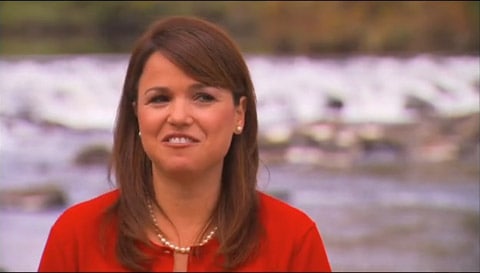 Teabagger Christine O'Donnell bought a half-hour of airtime on Delaware cable and a CBS affiliate, writes Ben Smith, to air an extended informercial about herself. Airing tonight, presumably.

UPDATE: Apparently O'Donnell is infuriated because the ad hasn't shown yet and the network "forgot" to air it twice.

Previous Post: « Ricky Martin: ‘It is Men Who Ultimately Awaken the Animal in Me’
Next Post: Press Experiencing Whiplash Over Gay Enthusiasm for Democrats »