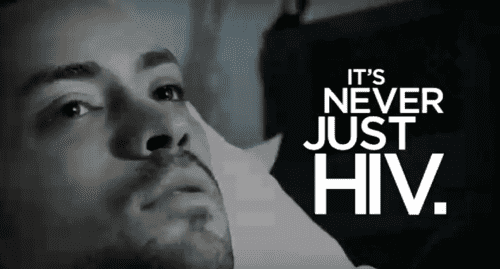 The PSA is meant to encourage condom use, but now the Gay Men’s Health Crisis and GLAAD want the ad pulled because of concerns it could further stigmatize those living with HIV and AIDS.

“It really paints this picture of gay men as these sort of disease-ridden vessels, and so the message is really sort of, ‘Stay away from gay men,’” said Francisco Roque, director of community health for GMHC. Roque said the ad had a “horror movie” like quality with eerie music that appeared to demonize gay men.

In a statement, the city’s Department of Health said, “Silence is no solution when the number of new HIV diagnoses among” men having sex with other men is up by more than 50% in eight years.

“In developing this video spot, we tested various approaches in focus groups,” said the statement. “The spot was informed by that process and by lessons learned from our successful anti-smoking efforts. It was also carefully vetted for technical accuracy.

The Health Department says it has no intention of dropping the ads, which will run on cable and network TV for two weeks this month, and two weeks next month.

Watch the ad, if you missed it, AFTER THE JUMP…

What are your feelings about the ad? Please let us know in the comments.