Of course he did. 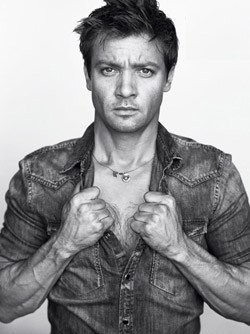 Guess who passed out in Jeremy Renner's bed?

Winston-Salem, North Carolina to hold first gay pride parade in 15 years: "The parade could be for any minority or any community that feels they don't have a voice."

Social moderate GOP leader in Maryland steps down: "Kittleman's position put him at odds with many Republican colleagues, who told him during a closed-door meeting last week that they were distressed by his civil-unions bill and would not be supporting the legislation, according to participants."

Hombre gay bar in Oakland Park, Florida vandalized: "Between Friday night’s closing and the noon arrival of Kackin and his staff at the bar on Saturday to prepare for their busiest night of the week, the bar was broken into and almost all of its equipment demolished, including pool tables, pinball machines, video games, TVs, music system, cash register, jukebox and credit card reader. 'My staff went in first and then came back to the car and said ‘You don’t want to go in there’." 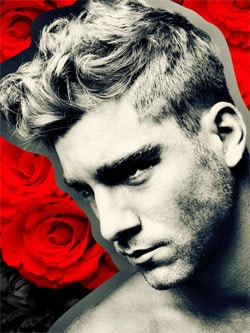 Adam Lambert has a look going on at the premiere of RuPaul's Drag Race at Rage in West Hollywood. 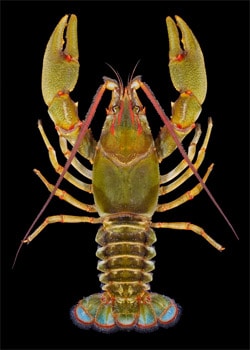 LBJ enjoyed an extra inch in the crotch.

L.A. Clippers to hold Equality Night, and NoH8 is enticing you to attend with a photo shoot.

Feinstein calls out Duncan Hunter on plans to thwart DADT repeal: "Rep. Hunter knows his legislation has no chance of success. Should it pass the House, it will never be approved by the Senate or signed by the President."

Limbaugh adds to long history of anti-gay rhetoric: "These people blamed AIDS on Reagan. Sound familar? They blamed homelessness on Reagan — you know why they blamed AIDS on Reagan? Because he didn't care. Because he never delivered a speech about it. And because of that, AIDS was spread. They actually wanted us to believe that Reagan had the disease, was sneaking into gay people's houses at night, and impregnating them with the disease and running out."

Previous Post: « Watch: Protesters Rally at Quantico in Support of Bradley Manning
Next Post: Watch: Hypocrite House Republicans Explain Why They Won’t Be Giving Up Their Govt-Sponsored Health Care »