Roger Helmer, of East Midlands, UK, tweeted on Sunday: "Why is it OK for a surgeon to perform a sex-change operation, but not OK for a psychiatrist to try to 'turn' a consenting homosexual?" 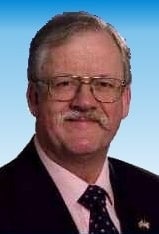 A Conservative Party spokesman said: "We do not condone this sort of language."

Stonewall spokesman Jonathan Finney said: "It's disappointing that an elected representative seems to be supporting so-called gay therapy treatments, which are entirely discredited.

"What lesbian and gay people need is equal treatment by society, not misguided treatment by a minority of health professionals."

Helmer tried to clarify his remarks, saying he was trying to defend the rights of gays:

"I am always surprised by the instant indignation of a strident minority…I am making a comparison between a lifestyle choice of a homosexual who would prefer not to be a homosexual and a lifestyle choice of a woman who would prefer to be a man. All I am saying is that homosexuals have a right, if they want to do so, to seek professional counselling and advice – I have not suggested homosexuality is something that needs to be cured."