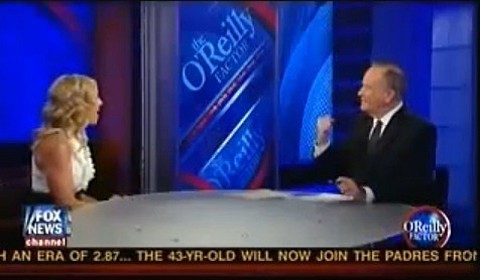 O'Reilly and Hasselbeck have a conservative commiseration party over the fact that Republicans are being accused (in particular, by Tucson Sheriff Dupnik) of stirring up violence tied to their rhetoric.

Said Dupnik on Monday: "The kind of rhetoric that flows from people like Rush Limbaugh, in my judgment he is irresponsible, uses partial information, sometimes wrong information. [Limbaugh] attacks people, angers them against government, angers them against elected officials and that kind of behavior in my opinion is not without consequences."