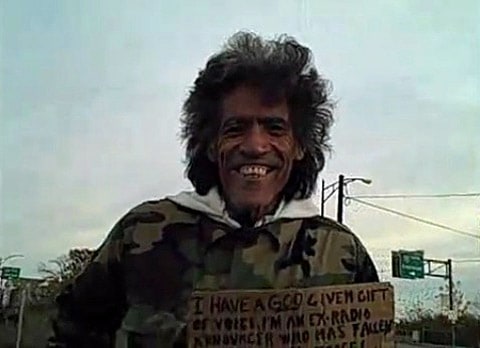 Talk about = overnight celebrity. Nearly 5 million views later, Ted Williams, a homeless man with a radio voice, is on The Early Show and on his way to New York with job offers because of a YouTube video that went viral.

If you haven't seen it already, the original video follows, as does his interview on CBS The Early Show today. What a great story.

*Apologies for the earlier error with the extra video. 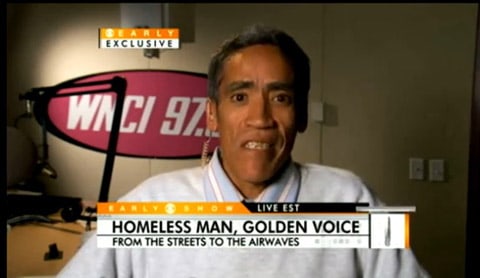 Here's his interview on The Early Show:

Previous Post: « Wojnarowicz Protestors to Set Up ‘Museum of Censored Art’ in Trailer, Directly Outside Smithsonian Exhibit
Next Post: Towleroad Guide to the Tube: #810 »