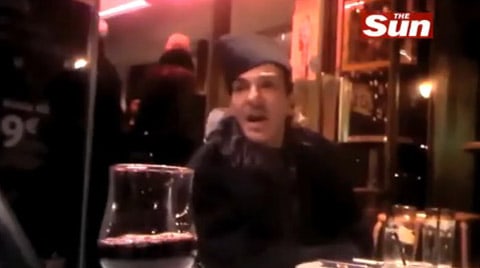 Last week designer John Galliano was arrested at a Paris restaurant after allegedly attacking a couple while unleashing an anti-Semitic rant. Galliano was questioned by police and released and is now suing the couple he was accused of attacking, for defamation.

Brit tabloid The Sun has just published a video which shows an inebriated Galliano at the same cafe where the attack took place, unleashing an a tirade in which he proclaims “I love Hitler” and telling a woman “People like you would be dead. Your mothers, your forefathers, would all be f****** gassed.”