A UK court has ruled against an Evangelical Christian couple, Eunice and Owen Johns, who claimed they were discriminated against by their town council. The Derby city council rejected the couple's foster care application over their insistence on teaching the children that homosexuality is morally wrong. 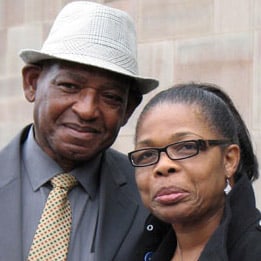 The couple had hoped to foster five- to 10-year-olds.

The case was the latest to be brought by conservative evangelicals, led by the Christian Legal Centre, over their supporters' right to discriminate specifically against gay people and not be bound by equality regulations. All the cases have so far been lost.

Said the court in a statement: "No one is asserting that Christians (or, for that matter, Jews or Muslims) are not 'fit and proper' persons to foster or adopt. No one is seeking to de-legitimise Christianity or any other faith or belief. On the contrary, it is fundamental to our law and our way of life that everyone is equal before the law and equal as a human being … entitled to dignity and respect. We are, however, entitled, to take judicial notice of the fact that, whereas the sharia is still understood in many places as making homosexuality a capital offence, the Church of England permits its clergy, so long as they remain celibate, to enter into civil partnerships. We live in this country in a democratic and pluralistic society, in a secular state not a theocracy."