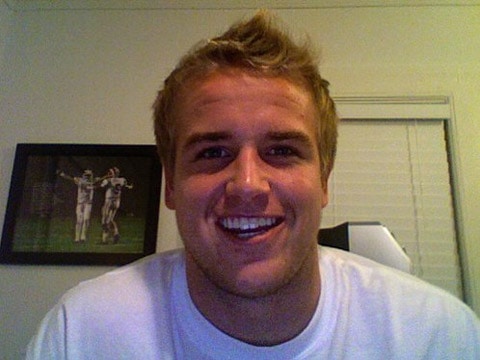 USC Quarterback Matt Barkley decided to tweet out his thoughts about Obama's announcement that he would stop defending the Defense of Marriage Act (DOMA) on Wednesday.

Barkley defended his tweet after anger from others on Twitter: "look bro, I'm not discriminating and I'm not a homophobe. I'm standing up for what I believe. Cool down…"

One twitter user responded, "Hmm.. you do know there are a lot of gay trojans who would defend and cheer for you til the bitter end, right?"

Responded Barkley "absolutely! I have nothing against them!"

Previous Post: « Gay New Jersey Couple Awarded $3.15 Million from Jury Over Anti-Gay Attack at Burger King
Next Post: I’m Gay: Professional English Cricketer Steven Davies Comes Out of the Closet in a First for the Sport »