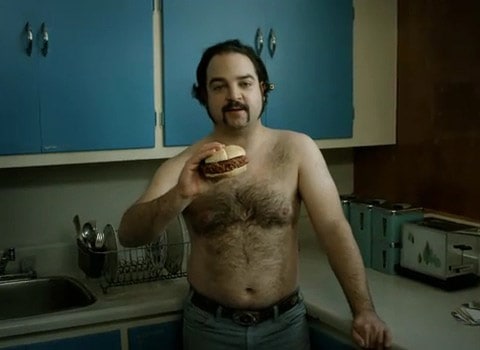 Shirtless bearish dudes who appreciate musical theater are not man enough for Manwich, and must be dealt with physically, according to a new ad from the sandwich meat maker.

UPDATE: ConAgra has pulled the spot. Advocate: "A spokesman for ConAgra, the food conglomerate that owns Manwich, apologized for the spots. He added that the videos were likely created by the ad agency that helps market their products in Canada and posted to YouTube without the company's knowledge. 'We apologize — it was not meant to offend,' Con-Agra spokesman Jeff Mochal told The Advocate. 'The ads were never on TV and were not part of a some multimillion-dollar ad buy. As soon as we became aware of them we pulled them down.'"