The British Columbia Human Rights Commission has ordered Canadian comedian Guy Earle to pay a lesbian couple $15,000 for "a tirade of homophobic and sexist comments" made during a stand-up performance in Vancouver in 2007. Guy Earle lost the four-year legal battle which was brought on by Lorna Pardy and her partner. 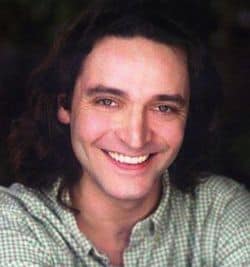 Earle had countered that he and others appearing on stage that night had been severely heckled by Pardy and as tempers flared, she threw drinks in his face. He also admitted that at one point, he broke her sunglasses.

In a judgment this week, the B.C. Human Rights Tribunal agreed with Pardy's argument that Earle's comments insulted her dignity, self-respect and feelings. The tribunal ordered Earle to pay her $15,000 and the owner of the restaurant, Salam Ismail, to pay her $7,500. The commission also ordered another $320 be paid to Pardy for lost wages.

"Mr. Earle's treatment of Ms. Pardy was both verbal and physical, and involved both aggressiveness and physical contact," wrote tribunal member Murray Geiger-Adams. "It is important both to Ms. Pardy and to the public to clearly identify that the conduct engaged in by Mr. Earle, in particular, was a breach of Ms. Pardy's human rights under the code.

Earle's attorney has accused the Tribunal of being in contempt and the comedian says that he will not pay the $15,000 fine.

Watch an interview from 2007 wherein Earle tells his side of the story about that night, AFTER THE JUMP.