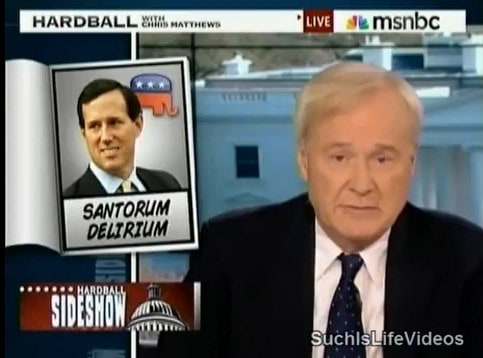 Said Santorum to Beck: "It’s not homophobic. It’s a legal argument, and it’s a correct legal argument. In fact, that’s exactly what’s happening. We went from Lawrence v. Texas to now a constitutional right to same-sex marriage and they’re going into a constitutional right to polyamorous relationships. This is the slippery slope that we’re heading down, and I can't buy it."