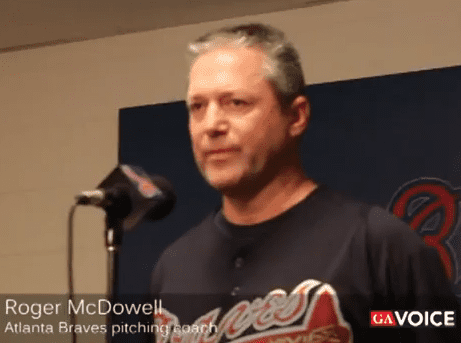 Atlanta Braves pitching coach Roger McDowell returned from his two-week suspension yesterday, a punishment he received from Major League baseball for anti-gay slurs and gestures he made to fans at a baseball game in April.

McDowell has apologized for his remarks but did so again yesterday, this time in front of reporters.

“These past two weeks have been very humbling, emotional, and a reflective time for me and my family to better understand about what has happened. I have and will continue to learn from this and have committed to being a productive member of the Atlanta Braves organization and to this coaching staff. in addition, I would like to apologize to anyone who was offended by my actions. I am not proud of the way I acted and I know it will not happen again.”

Watch the entire videotaped apology and press conference, AFTER THE JUMP.