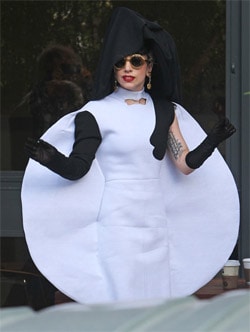 Right-winger Chuck Colson: Gay equality will destroy democracy. "For two years now, I’ve warned that the drive for so-called 'gay marriage' was the greatest threat to religious liberty we’ve ever faced. But I think I may have underestimated the threat, because now I fear the democratic process and the rule of law are endangered as well."

Watch: A new clip of Brad Pitt in Terrence Malick's Tree of Life. 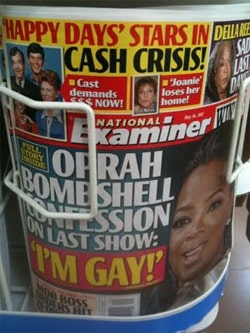 The men of Wizards of Waverly Place tan together.

Former Utah Gov. Jon Huntsman Jr. says it's tough to define whether he's still a Mormon: "It looks to me like he's pandering to bigotry or he's failing in either candor or integrity," George, a member of the Deseret New editorial advisory board, said. "He's not giving a complete and honest answer to the question just because he's avoiding it — or something worse." Nate Silver: Huntsman's views on gay civil rights are within GOP mainstream.

White House Press Secretary Jay Carney suggests no moratorium on DOMA-related deportations: “The president, I think, made the point in his speech yesterday that he believes we have to take comprehensive action on immigration reform and that he can’t just wave a wand and change the law. So, I’ll leave — I’ll leave it at that terms in of his views.” 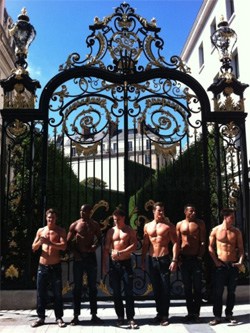 Ottawa police target city's gay bars: "The future of two popular gay hangouts may be in jeopardy after they were named as hotspots for street-level drug deals by the Ottawa police street-crime unit. On Thursday, May 5, after a five-month criminal investigation, police arrested 12 people and laid 84 trafficking-related charges."

59 percent of Americans believe it is time to leave Afghanistan.

Judge sets schedule in Edie Windsor DOMA challenge. "Although the briefing could be completed by mid-August, questions of whether the BLAG, only supported by its three Republican members, will call expert witnesses to testify in the case and whether it will file a motion to dismiss the challenge could extend that timeline to as late as Sept. 23, according to the order."

Previous Post: « Watch: As Cuomo Holds Meeting to ‘Regroup’ on Marriage Equality, Gillibrand Gets on the Phone to Senators
Next Post: Towleroad Guide to the Tube #889 »