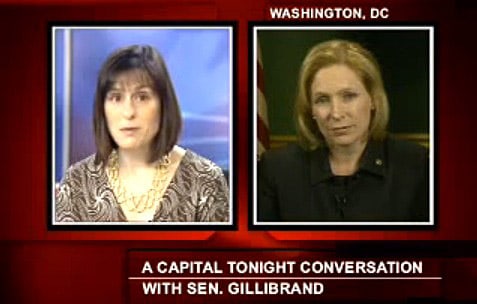 Capitol Tonight's Liz Benjamin says that New York Governor Andrew Cuomo is experiencing some fallout following his remarks this week that a marriage equality bill won't get a vote unless the Senate votes are there to pass it:

…the governor’s comments this week that he doesn’t want to see a bill go to the floor if it doesn’t have sufficient votes to pass was seen as a setback by a number of LGBT advocates, who told me they worry that would give an out to Senate Majority Leader Dean Skelos, who doesn’t want to anger the Conservative Party with the 2012 elections looming.

Several sources involved in the coordindated campaign told me the Cuomo administration has called a meeting in NYC today in hopes of regrouping.

Benjamin spoke with Senator Kirsten Gillibrand, who says she's calling every senator who is undecided:

“My goal is to talk to all of them…All of the undecided state senators. Anyone who’s vote is in play. I hope to talk to each and every one of them over the next few days…They’re beginning to understand that marriage equality is when two people want to make that commitment. That commitment of love and dedication, and it’s also about children.”