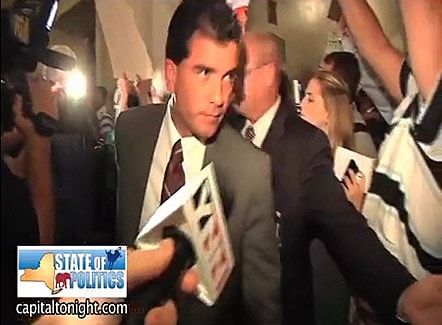 A vote on marriage equality in NY appears to be delayed by dealmaking over rent control measures and other issues as activists clog the State House in Albany in anticipation of a vote.

Watch videos of Senators emerging from the conference, and activists chanting in the halls, AFTER THE JUMP… 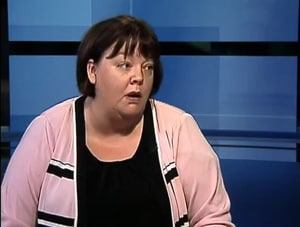 In case you hadn’t heard: A Skelos spokesman informed the press there would be no comments from the majority leader. “No new developments” was how he put it. Basically, the problem is there’s still no agreement on the rent laws, which is what’s holding everything up at the moment.

Senate Republicans, who want more protections for religious groups, have been negotiating with Governor Andrew Cuomo, a strong advocate for same-sex marriage.

The governor wants the state Legislature to remain in session until it extends the city's rent control laws, so the senate is likely to stay in session through next week.

One Republican senator told NY1 that a vote on same-sex marriage may not come until Wednesday or Thursday.

Senator Ruben Diaz has told the AP that same-sex marriage in NY is 'inevitable' sometime soon.

Diaz says the governor's involvement is a powerful force that Albany hasn't seen before on this issue. Diaz is the only Democrat among 30 in the Senate to oppose gay marriage.

Watch two clips, AFTER THE JUMP…

And call your Senators if you have not yet. Information is here. Also, Senate Majority Leader Dean Skelos number is 518-455-3171. Call and politely ask him to bring marriage equality to a vote.

Cuomo is appealing for you to do the same.