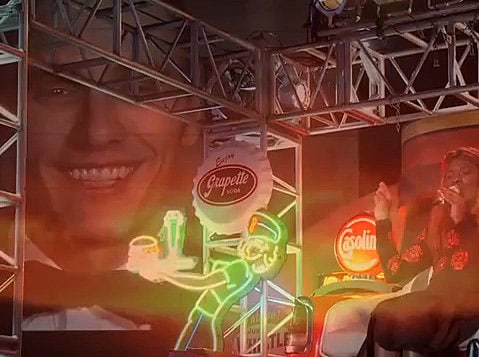 Video and performance artist Kalup Linzy is collaborating with James Franco on an EP to be released in July. Here's the first fruit of that collaboration, a moody, soulful, collage-style video for the track "Rising".

Says Linzy: “James and I have collaborated for over a year. He contributed vocals during recording sessions. He and I also exchanged video and vocals… James and I have both felt that sometimes developing projects separately and then bringing the other in later helps move the projects along. He is busy with school and films and I pretty much travel the world year round. We’re not planning to tour or anything like that for the EP. The music is a part of an ongoing collaboration.”