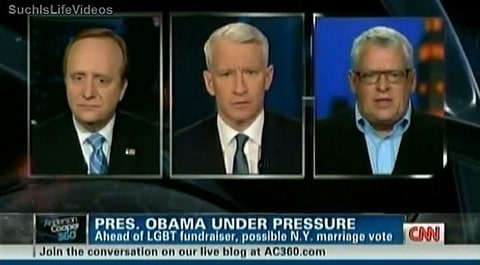 Anderson Cooper talks to pundit Paul Begala and activist Cleve Jones about Obama's 1996 support of same-sex marriage stance and his current opposition to it, as well as his foot-dragging on gay rights promises.

They also discuss the bind Obama is in given his backward position, an approaching vote on marriage equality in New York, and a gay fundraiser there this week.