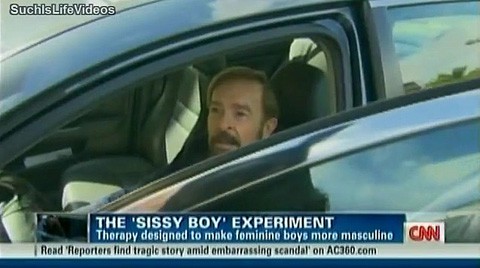 In part two of AC360's look at therapy pushed by Dr. George Rekers meant to "cure" boys of their effeminate ways, CNN's team confronts Rekers about the suicide of Kirk Murphy.

As you may recall, the State of Florida spent hundreds of thousands of dollars hiring Dr. George Rekers as its star witness in the case against adoption by gays in Florida.

Florida's hiring of Rekers by Attorney General Bill McCollum made headlines after Rekers, who built his career out of this damaging "ex-gay" therapy, was discovered returning from vacation in Florida with a rent boy he had brought with him.