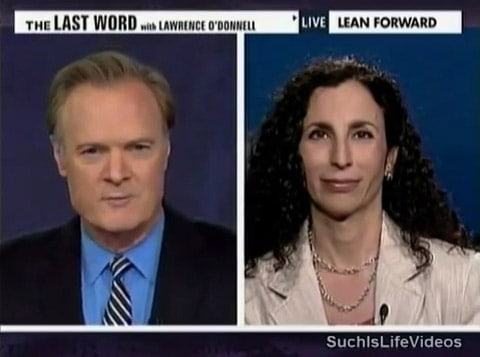 Melanie Sloan of CREW (Citizens for Responsibility and Ethics in Washington) speaks to Lawrence O'Donnell about the ethics violation complaint it filed yesterday against House Speaker John Boehner for violating spending laws for the GOP House Defense of DOMA.

Wrote CREW in the complaint:

In violation of a law designed to stop government officials from overspending appropriations, Speaker Boehner directed the House Office of General Counsel (OGC) to sign a contract to pay an outside firm $500,000 to defend the highly controversial Defense of Marriage Act (DOMA).

“It is ironic that Speaker Boehner — a fierce critic of government overspending — did not hesitate to pledge half a million dollars he does not have to defend a law of dubious constitutionality,” said CREW Executive Director Melanie Sloan. “It seems the speaker believes fiscal responsibility starts at home, but not in the House.”

The Antideficiency Act prohibits federal officials from incurring obligations or making expenditures in excess of amounts available in appropriated funds. Violators are subject to administrative discipline. Knowing and willful violations can be punished by up to two years imprisonment.

Watch Sloan explain, AFTER THE JUMP…