UPDATE: The hearings have adjourned.

The first hearings on the ‘Respect for Marriage Act’, the bill which would repeal the so-called ‘Defense of Marriage Act’ (DOMA), have begun in the Senate Judiciary Committee.

Open this post in a new window by clicking HERE. 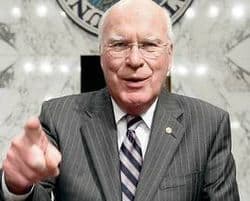 As I mentioned last week, Senator Patrick Leahy, (D-VT), is holding the first hearing on the repeal of the Defense of Marriage Act today.

The hearing entitled “S.598, The Respect for Marriage Act: Assessing the Impact of DOMA on American Families” scheduled before the Senate Committee on the Judiciary for Wednesday, July 20, 2011 at 10:00 a.m. in room 226 of the Dirksen Senate Office Building will now take place in room 216 of the Hart Senate Office Building.

Here is the list of witnesses for the hearings, and some information on each of them.

A live webcast will be available when the hearing begins at 10 am HERE.

Freedom to Marry writes: “Ron Wallen will … be testifying at the hearing this week about who DOMA has cost him his home after the death of his spouse and partner for 58 years, Tom Carrollo.” Here is Ron’s story:

“FOTF maintains ties to many state-level anti-equality groups and is helping them raise over $6 million to fight marriage equality over the next year through the covert ‘Ignite An Enduring Cultural Tradition’ campaign. The group also inherited the ‘Day of Dialogue’ (formerly ‘Day of Truth’) from ADF, which encourages Christian youth to be vocal about their anti-gay beliefs to show ‘love’ to their LGBT peers who are ‘hurting’ and ‘vulnerable.’ Last April, Minnery clarified that FOTF would oppose an openly gay nominee to the Supreme Court because homosexuality is sinful.”

Minnery is in the middle in the video below, created by FOTF’s internal propaganda machine:

“Andrew Sorbo (left), a Cheshire, Conn., resident who was married to Colin Atterbury (right). Before dying of pancreatic cancer in 2009, Atterbury was a retired Veterans Affairs hospital administrator and professor of medicine at Yale University. Sorbo, now retired, worked for 35 years as a history teacher and principal.”

“Susan Murray, who lives in Ferrisburgh, Vt., with her spouse, Karen Murray. An attorney with the Burlington office of Langrock, Sperry & Wool, Murray was the co-counsel in the lawsuit Baker v. Vermont, which established civil unions in Vermont in 2000.”

Solmonese is probably the most well-known witness to most of you. Here he is discussing Obama’s announcement that the government would stop defending Section 3 of DOMA, in February: 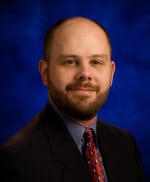 From Think Progress: “ADF is one of the chief legal cogs in the conservative Christian propaganda machine. The group regularly opposes LGBT equality through the spreading of falsehoods and has previously partnered with Exodus International, which administers harmful ex-gay ministries. (Exodus calls ADF a ‘friend.’) The organization is vigilant about putting same-sex ‘marriage’ in condescending mocking quotes (even using SS’M’ for short-hand in tweets) to imply that the unions of same-sex couples will always be inferior to those of opposite-sex couples. Simultaneous with these bullying tactics, ADF promotes the idea that anti-gay Christians are the victims of ‘bigotry’ and ‘intolerance’ against ‘religious freedom.'”

Equality Matters writes: “National Review Online blogger Ed Whelan has spent the last sixteen months spearheading a campaign to overturn U.S. District Judge Vaughn Walker’s 2010 decision in Perry v. Schwarzenegger – the landmark case which found California’s Proposition 8 to be unconstitutional. Whelan has consistently asserted that – as a gay man in a long-term relationship – Walker was a “direct beneficiary” of his decision to strike down the state’s ban on same-sex marriage. As a result, Whelanargues, Walker should have either recused himself from the case or disclosed his sexual orientation and relationship status before the trial started.”

Here’s Whelan testifying at the Constitution Subcommittee of the House of Representatives’ Judiciary Committee at a hearing titled “Defending Marriage” on April 15th:

UPDATE: Jeremy Hooper has an advance look at Minnery, Whelan and Nimocks’ testimony.

Freedom to Marry writes: “Evan was co-counsel of the historic Hawaii marriage case, served as marriage project director for Lambda Legal Defense & Education Fund, and was named one of TIME magazines ‘100 Most Influential People in the World.’ He is also the author of “Why Marriage Matters: America, Equality, and Gay People’s Right to Marry”. As one of the most prominent voices in this movement and a person who has been personally affected by this discriminatory law, Evan’s testimony will no doubt win hearts and minds and educate the SJC on why marriage matters.

Here’s Wolfson facing off against hate group leader Peter Sprigg about the House’s Defense of DOMA in March.

The lack of diversity among the witnesses has angered some activists, most notably Lt. Dan Choi, who told the Washington Blade over the weekend:

“Marriage equality is a matter of civil rights, steeped in the language and moral lessons of the historic American struggle for inclusion and equality. That the panel of gay witnesses is exclusively white and privileged brings shameful discredit to the true character of our broad community and inclusive civil rights movement.”

Choi is pushing a petition online initiated by activist Ian Finkenbinder demanding that the Human Rights Campaign “Wake up from white privilege and diversify!”

According to the Blade, “HRC isn’t responsible the selection of witnesses for the DOMA hearing. Sen. Patrick Leahy (D-Vt.), chair of the committee, decides in consultation with outside groups which witnesses will present testimony.”