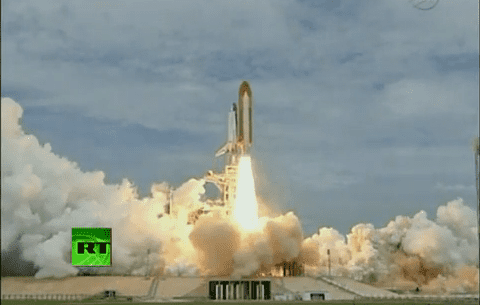 NASA launched the final space shuttle flight today, an occasion that officially marks the end of the United States’ reign as the top dog in out-of-this-world exploration.

As I mentioned briefly in yesterday’s news roundup, a majority of Americans hope to see the States regain its celestial crown. From a Pew survey: “Fifty years after the first American manned space flight, nearly six-in-ten (58%) say it is essential that the United States continue to be a world leader in space exploration; about four-in-ten say this is not essential (38%).”

Do you agree? While I think it’s important for humans to venture into space, that final frontier, and NASA has brought earth-bound citizens some great innovations — velcro, anyone? — ceaseless adventures in outer space interest me far less than taking care of pressing problems here on the home planet.

Watch the historic takeoff, AFTER THE JUMP…