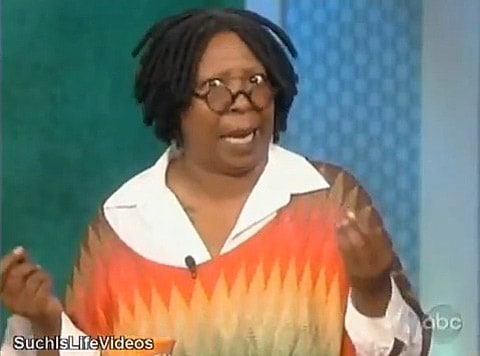 Whoopi Goldberg ripped Michele Bachmann this morning for signing "The Marriage Vow — A Declaration of Dependence Upon Marriage and Family", a requirement for earning the Iowa conservative group The Family Leader's endorsement. The pledge also requires opposition to Sharia law and banning pornography.

The document also contained this statement, which was removed over outrage:

"Slavery had a disastrous impact on African-American families, yet sadly a child born into slavery in 1860 was more likely to be raised by his mother and father in a two-parent household than was an African American baby born after the election of the USA's first African-American President."

Ranted Whoopi Goldberg on this morning's View: "Dammit, I am sick of this crap!"