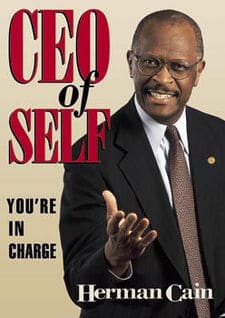 Speaking with reporters last night, Republican presidential candidate Herman Cain said it would be a "great thing" to impeach President Obama, in part because the commander-in-chief refuses to defend anti-gay DOMA:

So the main stumbling block in terms of getting him impeached on a whole list of things such as trying to pass a health care mandate which is unconstitutional, ordering the Department of Justice to not enforce the Defense of Marriage Act — that’s an impeachable offense right there. The president is supposed to uphold the laws of this nation … and to tell the Department of Justice not to uphold the Defense of Marriage Act is a breach of his oath.

There are a number of things where a case could be made in order to impeach him, but because Republicans do not control the United States Senate, they would never allow it to get off the ground.

Luckily, the odds of homophobic Cain winning the GOP nomination are basically nil.