NOM will be gloating today (UPDATE: and they are) over the loss of Democrat David Weprin to anti-gay Republican Bob Turner for Anthony Weiner's House Seat. 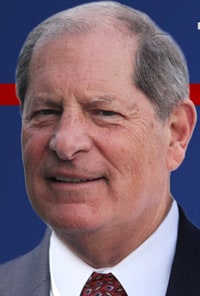 With 84 percent of the precincts counted early Wednesday, Mr. Turner was leading Mr. Weprin by 54 percent to 46 percent, according to The Associated Press.

National Republican leaders immediately trumpeted the victory as a sign of trouble for Mr. Obama’s re-election effort. “An unpopular President Obama is now a liability for Democrats nationwide,” Representative Pete Sessions of Texas, the chairman of the National Republican Congressional Committee, said in a statement.

But Representative Debbie Wasserman Schultz of Florida, the chairwoman of the Democratic National Committee, said the district’s large concentration of Orthodox Jews made it unusual and meant the race had few national ramifications.

The National Organization for Marriage. which poured $75K into the race to defeat Assemblyman Weprin, will say it was because of his vote on marriage equality.

Meanwhile, the GOP ran away with a special election in Nevada for the seat of disgraced GOP Senator John Ensign:

With 70 percent of precincts reporting, Amodei had captured 57 percent of the vote to Marshall’s 37 percent in the race to replace former Rep. Dean Heller (R-Nev.), who was appointed to the Senate in April when former Sen. John Ensign (R-Nev.) resigned amid a scandal. Marshall conceded the race two hours after polls closed in Nevada.