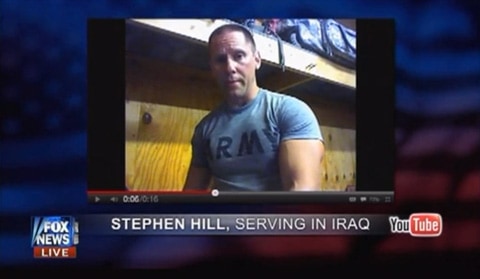 Asked Hill: “Do you plan to circumvent the progress that has been made for gay and lesbian soldiers in the military?”

In a disgusting display of disrespect, Hill was booed by members of the audience at the debate.

"Any type of sexual activity has absolutely no place in the military. And the fact that they are making it a point to include it as a provision within the military – that we are going to recognize a group of people and give them a special privilege, I think tries to inject social policy into the military and the military's job is to defend our country. We need to give the military, which is all volunteer, the ability to do so in a way that is most efficient and protective of our men and women in uniform and I believe this undermines that ability."

Said Santorum: "What we're doing right now is playing social experimentation with our military right now, and that's tragic. Going forward we would reinstitute that policy…"