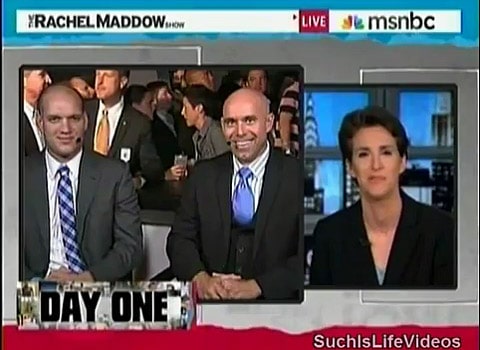 Rachel Maddow has tirelessly covered the process of the repeal of "Don't Ask, Don't Tell" since her MSNBC show began, so it makes sense that she devoted a lengthy segment to the death of the discriminatory ban featuring celebrations, coming outs, and what's going to happen to many of the military figures involved in the battle like Margaret Witt and Dan Choi. Later she was joined by Lt. Josh Seefried (founder of Outserve) & Lt. Col. Victor Fehrenbach, live from one of the many celebrations around the country toasting the end of the ban.