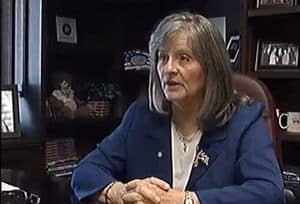 You know if you just look at it in practical terms, which has destroyed and ended the life of more people? Terrorism attack here in America or HIV/AIDS? In the last twenty years, fifteen to twenty years, we’ve had maybe three terrorist attacks on our soil with a little over 5,000 people regrettably losing their lives. In the same time frame, there have been hundreds of thousands who have died because of having AIDS. So which one’s the biggest threat? And you know, every day our young people, adults too, but especially our young people, are bombarded at school, in movies, in music, on TV, in the mall, in magazines, they’re bombarded with ‘homosexuality is normal and natural.’ It’s something they have to deal with every day. Fortunately we don’t have to deal with a terrorist attack every day, and that’s what I mean.

Listen (via Think Progress LGBT) to the audio, AFTER THE JUMP…

Previous Post: « Towleroad Guide to the Tube #963
Next Post: WATCH: Teenager Says ‘It Gets Better’ Saved Him From Christian Counseling »