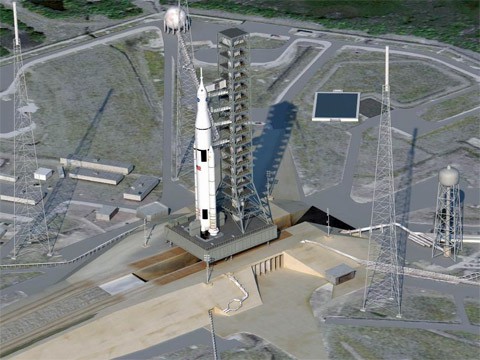 The Space Launch System, or SLS, will be designed to carry the Orion Multi-Purpose Crew Vehicle, as well as important cargo, equipment and science experiments to Earth's orbit and destinations beyond. Additionally, the SLS will serve as a back up for commercial and international partner transportation services to the International Space Station…The Space Launch System will be NASA's first exploration-class vehicle since the Saturn V took American astronauts to the moon over 40 years ago. With its superior lift capability, the SLS will expand our reach in the solar system and allow us to explore cis-lunar space, near-Earth asteroids, Mars and its moons and beyond.

NASA figures it will be building and launching about one rocket a year for about 15 years or more in the 2020s and 2030s, according to senior administration officials who spoke on the condition of anonymity because the announcement was not yet made. The idea is to launch its first unmanned test flight in 2017 with the first crew flying in 2021 and astronauts heading to a nearby asteroid in 2025, the officials said. From there, NASA hopes to send the rocket and astronauts to Mars — at first just to circle, but then later landing on the Red Planet — in the 2030s.

At first the rockets will be able to carry into space 77 tons to 110 tons of payload, which would include the six-person Orion Multi-Purpose Crew Vehicle capsule and more. Eventually it will be able to carry 143 tons into space, maybe even 165 tons, the officials said. By comparison, the long-dormant Saturn V booster that sent men to the moon was able to lift 130 tons.

Watch an animation of SLS lifting off the launch pad, AFTER THE JUMP…