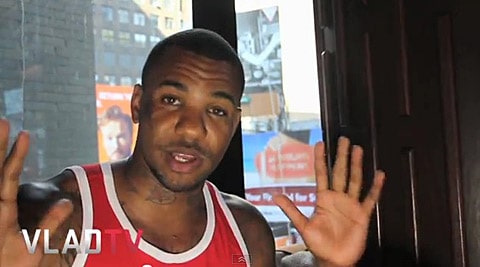 "I don’t have a problem with gay people. Like, Beyoncé should’ve said, ‘Who run the world? Gays,’ because they’re everywhere and rightfully so. Do you. It’s a free country. Be gay, you can do that…Game don’t have a problem with gay people. Game has problem with people who are pretending not to be gay…The number one issue with that is that you could be fooling somebody and you could give them AIDS and they can die and so that in the closet shit is real scary. So, we’ve got to get into the real seriousness of it and it’s just not fair to other people…"

Adds The Game: "It's not cool to be in the closet. If you gay, just say you gay. Be gay and be proud.”

In 2006, The Game was criticized for remarks he made on DJ Jo Whiley's radio show when he referred to gay men as "faggots" and "not real men".

At the time the BBC decided not to take action against Whiley because she made a 'sincere, full and swift' apology and distanced herself and the network from The Game's comments, according to WENN. The BBC also said that it would not deny The Game future interviews: "The BBC does not ban artists, but we do have editorial guidelines making clear that we do not condone homophobic comments or bad language, which all artists are expected to follow when they are on air during a live interview."