A woman in Ottawa thought she was the perfect fit for a bartending job at a gay club. She was the only candidate with experience, she says – and she was willing to wear sparkles. Now she tells the Toronto Sun that she's been discriminated against because of her sex: 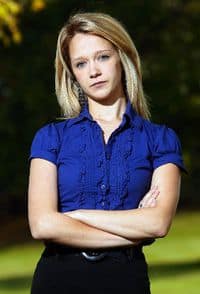 The 23 year-old, who doesn't want her last name used, responded to an ad seeking new staff for the re-launch of Club EDGE — a gay bar downtown…

"They asked if anyone had experience and I was the only one who put up my hand," she said. She felt her interview went really well.

"They asked me if I'd be willing to wear sparkles and I said of course I would," she said, adding she was told they saw her as a potential bartender and described her as "bubbly."

Despite sending followup e-mails, she hasn't heard back from club staff. She now believes she was the victim of discrimination.

Brittany went to the interview with two friends — another woman and a gay 18-year-old man. She said the man was "hired on the spot."

"He's never had a job before," she said, adding she was also asked if she was active in the gay community…

The clubs's DJ says three of the seven staff are women. So it's not at all clear that she's a victim. But her case does raise a tricky question. Is it ever legitimate to discriminate in hiring? Does a business that caters to a certain clientele have a right to hire a certain type of employee – even on the basis of sex? Or is that reverse discrimination and an opening to all sorts of bigotry?