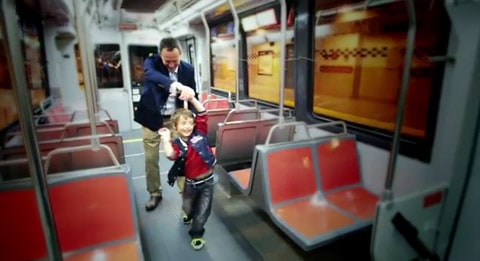 Dufty and Sidney were the target of criticism from SF news anchor Pete Wilson back in 2006. Wilson called Dufty's 'non-traditional' decision to have a child with his friend Rebecca Goldfader "a travesty – or a potential travesty" on his radio show.

Watch the charming ad, AFTER THE JUMP…