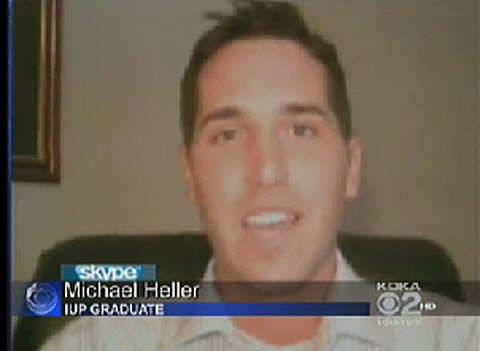 Yesterday I posted about Christina Santiago, a student at Indiana University of Pennsylvania who was humliated by her professor during a class discussion on homosexuality. 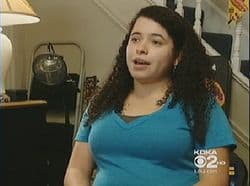 Santiago's business professor, who has not been identified, called it "disgusting, unnatural, and abnormal" and when Santiago identified herself as a lesbian he told her that the words applied to her. The teacher continued, telling her that "God created Adam and Eve, not Adam and Adam.

Last night another student came forward.Michael Heller, a graduate of IUP, says the same thing happened to him, KDKA reports:

Heller, who is gay, described a list of anti-gay comments he claims the professor told the class: “God created Adam and Eve not Adam and Steve, and that being gay was an abomination. That anybody that was gay was going to burn in Hell and that’s what they deserved.”

Heller says he had to leave the room because he was in tears. “It destroyed me because at that point in my life, I wasn’t really sure who I was,” said Heller. “I had just come out of the closet a few years earlier.”

Heller said his complaints to the school at the time have apparently been ignored.

The professor has yet to be identified and the school says it is still in the "fact-finding" stage.

Watch KDKA's interview with Heller, AFTER THE JUMP…