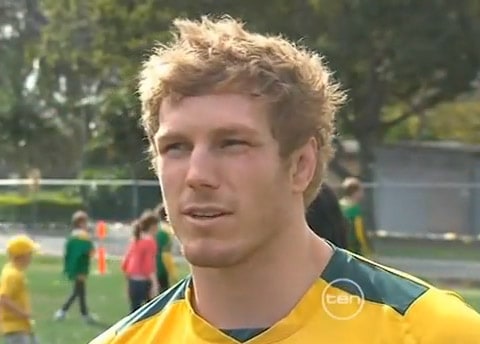 Australia rugby union player David Pocock has come out in support of marriage equality as that country is engaged in a major debate over legislation to enact it. Pocock, who plays for the Western Force and Wallabies, has spoken out for marriage equality, and says he and his partner Emma won't get "legally" married till everyone can.

There is a certain depth of sincerity to Pocock which people gravitate to, and also characteristics that probably set him apart from the pack, or at least the stereotypical pack. For starters, there is his dedication to gay rights and other social and political issues. When he and partner Emma, an Australian, married last December, they used the opportunity to support their gay-marriage beliefs.

Pocock says: "I don't see what the big deal is with the whole gay marriage debate in Australia. Being brought up in a Christian home and still identifying as Christian, I get pretty annoyed with the Christian lobbies around the world who say gay marriage destroys the family and all that kind of rubbish. They claim to follow someone who always stood up for the oppressed and marginalised. I guess it is a fear of the unknown – if you talk to someone who doesn't like gay people you can almost guarantee that they don't know too many. These are the prejudices that you have to challenge and break down. Emma and I decided not to get legally married until our gay friends could do the same."

Pocock is beautiful on both the inside and outside.

A couple tributes to Pocock including one that suggests he has the potential to become both an ally and pin-up in the mold of Ben Cohen, AFTER THE JUMP… 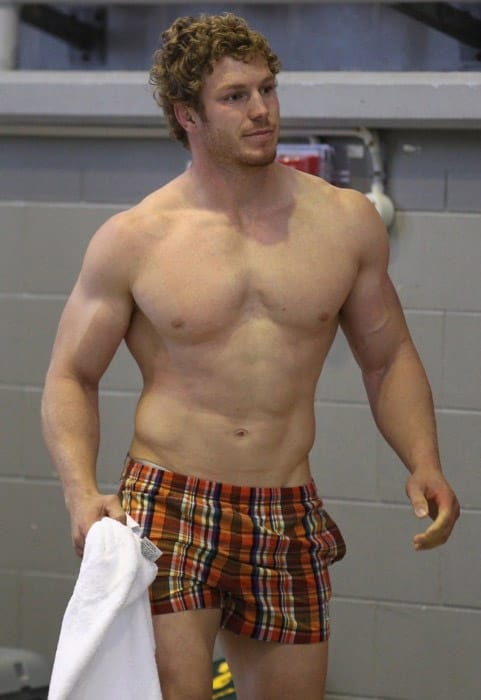