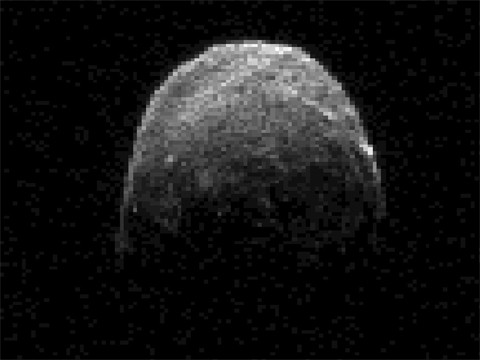 A massive asteroid will buzz Earth on a path closer than the Moon's orbit today.

If the asteroid were to crash into Earth, it could cause a 4,000 megaton blast and a magnitude 7.0 earthquake, according to scientists at Purdue University. If it fell into the ocean, it could cause a 70-foot high tsunami within 60 miles of the crash site, the experts said. However, the space rock, called Asteroid 2005 YU55, poses no threat of an Earth collision, according to NASA's Near Earth Object Program.

Watch CNN's report on the massive rock, AFTER THE JUMP…