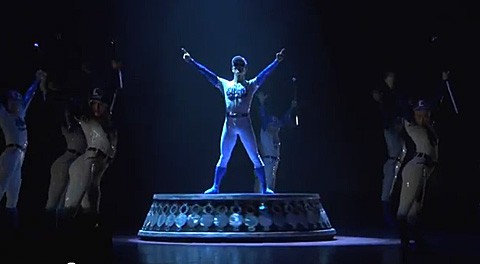 Set to the classic pop songs written by Elton John and Bernie Taupin, it follows a character called the Elton Fan. The production deals with drug abuse and HIV and includes a long kiss between the two lead male dancers.

Watch a baseball-themed number from opening night, AFTER THE JUMP…